Craft coffee is a boy’s club. Yes, there are women and non-binary folks working in production, and as baristas and managers, but at an ownership level it remains a male-dominated space. But that doesn’t mean there aren’t women doing big things and making entrepreneurial moves within the industry. In fact, here in Pennsylvania, there are a number of thriving independent coffee businesses founded and run by women. We’re excited to celebrate them and share their stories with you. 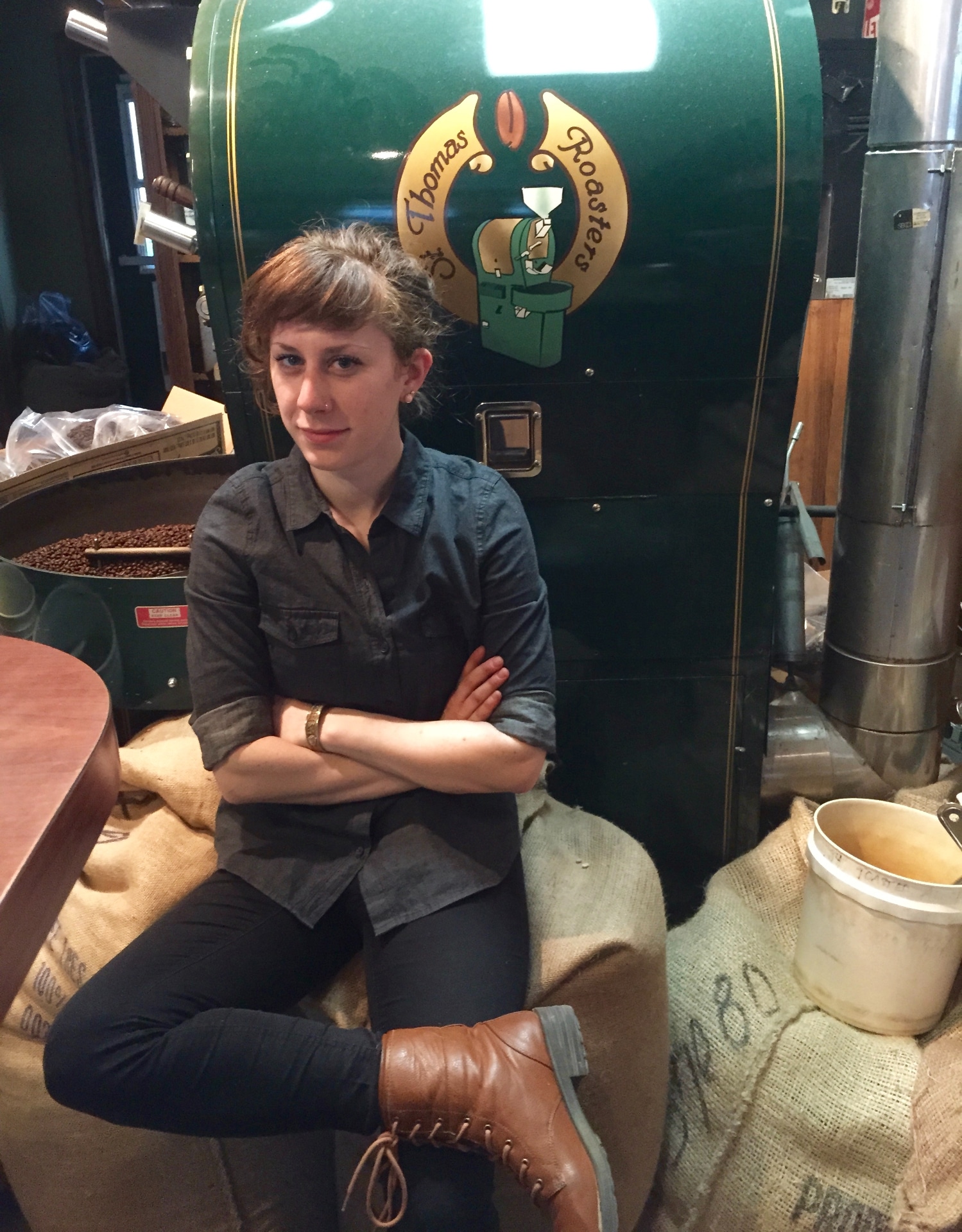 Andrea Grove, founder of Elementary Coffee Co. in Harrisburg, PA, grew up on a Christian dairy farm in Shippensburg, PA. She says she wasn’t exposed to much of the outside world, and was raised to have an extremely strong work ethic.

“On a farm, from a young age, you’re sent off to do your own tasks, and particularly before cell phones you had to figure out how to problem-solve and complete tasks successfully,” she says. “I think that mentality gave me a the ability to figure out what a job requires, and figure out if it’s something I can accomplish.”

Grove’s first job after college was working for Tröegs Independent Brewing. She learned of St. Thomas Roasters, which was, at the time, the only coffee roaster in town, because it roasted the beans for Tröegs’ Coffee Stout. She was winding down her time with the brewery and reached out to the owner of St. Thomas to see about working there.

“I was really interested in craft and working with my hands,” she says. “It also seems, from the outside, that you can have the freedom to be yourself in the coffee world.” 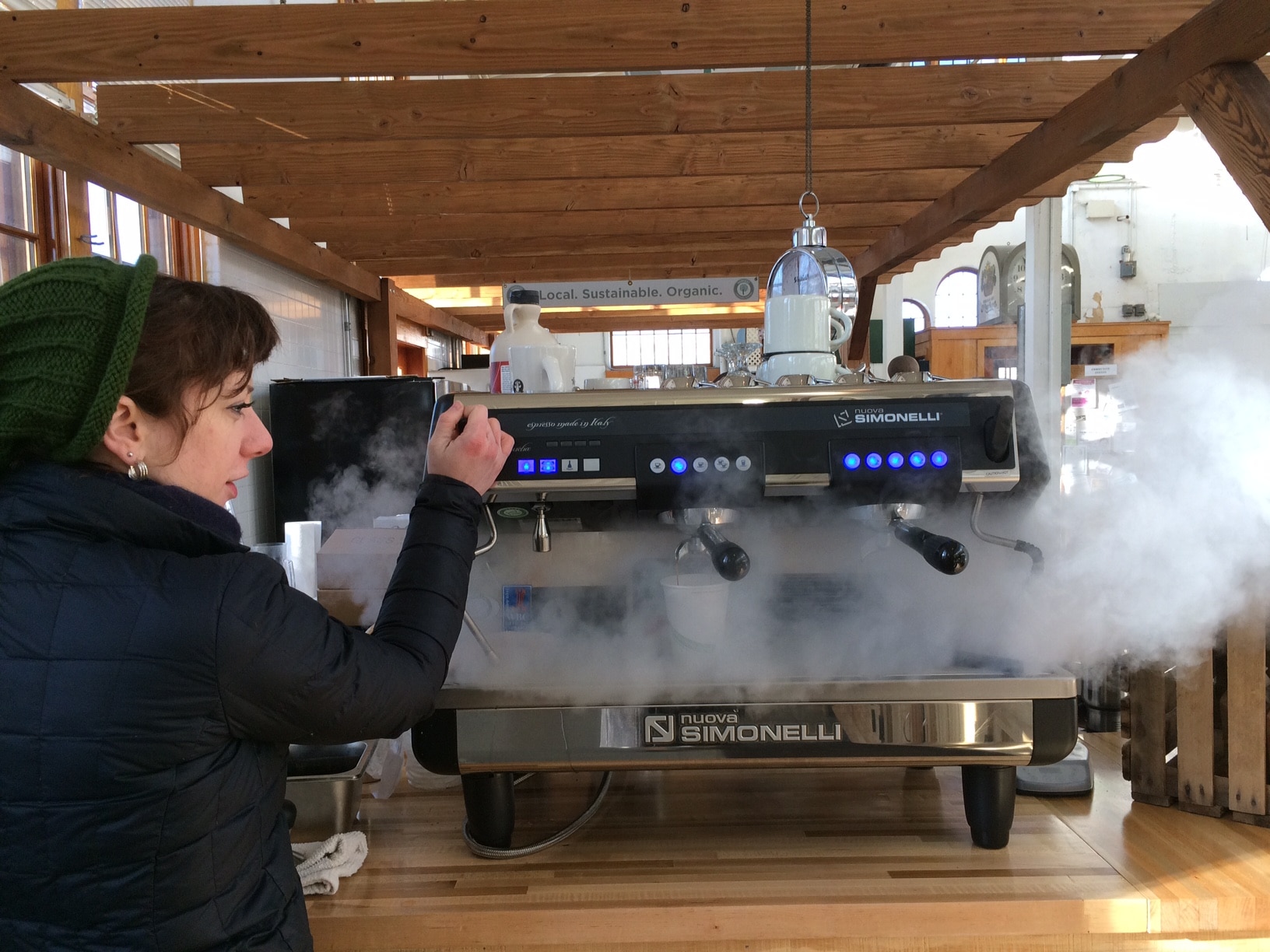 In 2012, she began working as a barista at St. Thomas, and was learning to roast there, as well. At the time, the Third Wave coffee movement was starting to take off in Central PA, and she was fascinated by the possibilities it held, and began making and selling cold brew at a local farmers market. Directly sharing her passion and coffee farmers’ stories with her market customers began giving shape to an idea about the potential of coffee to create community.

“Something I’ve always loved about coffee is its ability to bring people together,” she muses. “I thought it was important that more people meet each other, I think that’s how you make humanity stronger.” 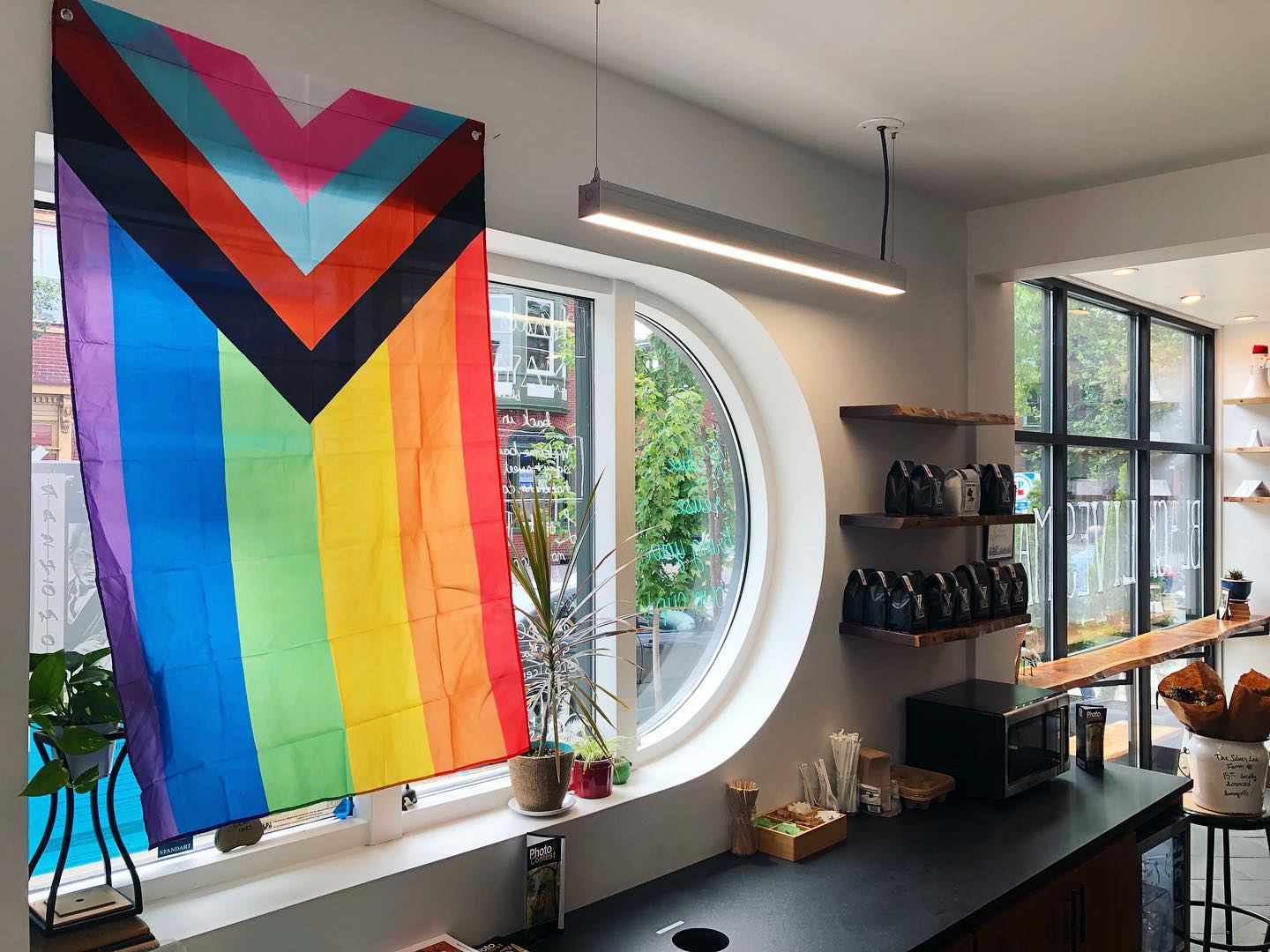 Coffee also felt like a way for Grove to connect with her own heritage and support agriculture in a way that allowed people to trace a product directly to where it came from. As she was exploring the notion of starting her own coffee company, she was approached by Ashlee Dugan, the then-manager of Harrisburg’s Broad Street Market, about opening a stall there. At the time, Grove says the market was “a lot more desolate,” with many empty stalls, but she was energized by the market manager’s drive and vision to make the market grow.

“Up until that point, everyone who’d helped me were all males, and seeing a passionate woman was deeply inspiring to me and made me want to get behind it,” she says. “I was like, ‘Okay, I’ll pour my meager life savings into this and open a stand here!'”

Elementary Coffee Co. opened its stall in the Broad Street Market in November of 2014. 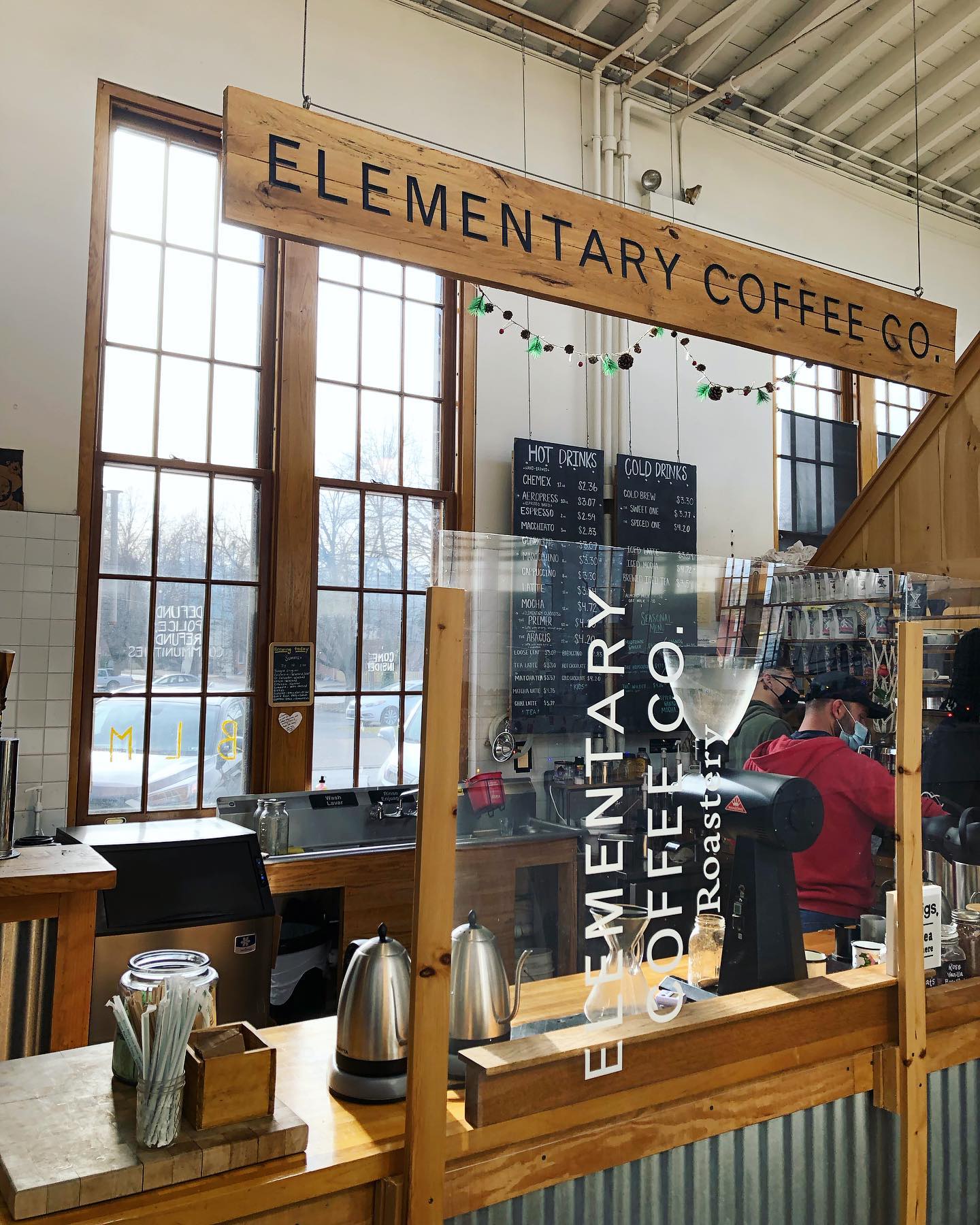 “I was the first new vendor for awhile, and people told me that I was going to fail,” she remembers. “I think people see me, this smaller female, and they pat me on the head and tell me what to do. But I was like, no I’m going to do this, and in some ways I had to prove it to myself.”

Slowly, other new vendors began moving into the market, and Grove watched first-hand as life began to return to the historic space. As momentum picked up, Elementary Coffee was able to provide coffee to shoppers who were supporting other stands.

“I thought that Third Wave coffee was inaccessible to everyday people,” Grove says. “I wanted to bring craft coffee to people who are just walking through the market and need a cup of coffee. Even today how we try to present our coffee is meeting people where they’re at. It doesn’t have to be more complicated than that.”

The owner of St. Thomas generously allowed Grove to come after hours and roast coffee on his roaster. Every Tuesday night, she’d go there to roast all of the coffee for the weekend market, which allowed her to start saving money as business grew. In 2016, she was able to purchase Elementary’s own coffee roaster. Over the years, she’s explored and fine-tuned her roasting style to to let the bean control the roast style, to let the particular place where it was grown to shine. 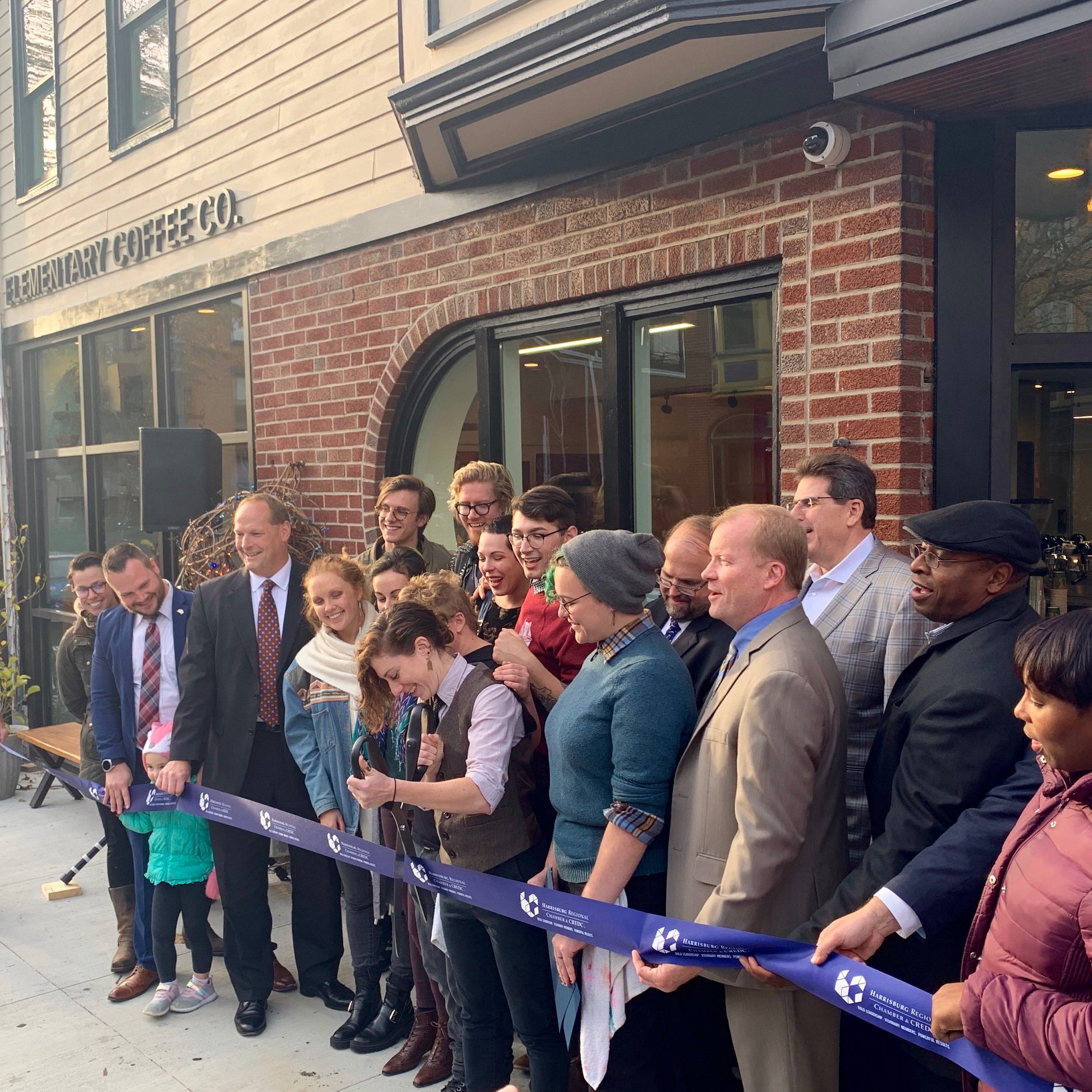 In November of 2019, Elementary Coffee opened a brick-and-mortar cafe on North Street in downtown Harrisburg, right off of Capitol Park. It only had a few months to be open before pandemic shutdowns began, and she says she’s really looking forward to the shop being able to have customers inside and host community events in the coming year and beyond.

Something that she thinks a lot about is the pressure to grow, and how she wants to approach that question as a business owner.

“The corporate mindset is all about growth, but I think we can only do a couple things really well,” she says. “I don’t want to just duplicate and lose my ability to know everybody.”

In fact, she says, the main reason she invested in a second shop was about creating full-time jobs for her staff.

“I’m always asking: What are we doing well for the community, and are we taking care of ourselves? I think success should be defined on how well we take care of one another,” she says. “In a lot of companies there is a gap in company-to-human connection, and I think capitalism does a terrible thing to all of us that makes us believe that’s the way of the world.” 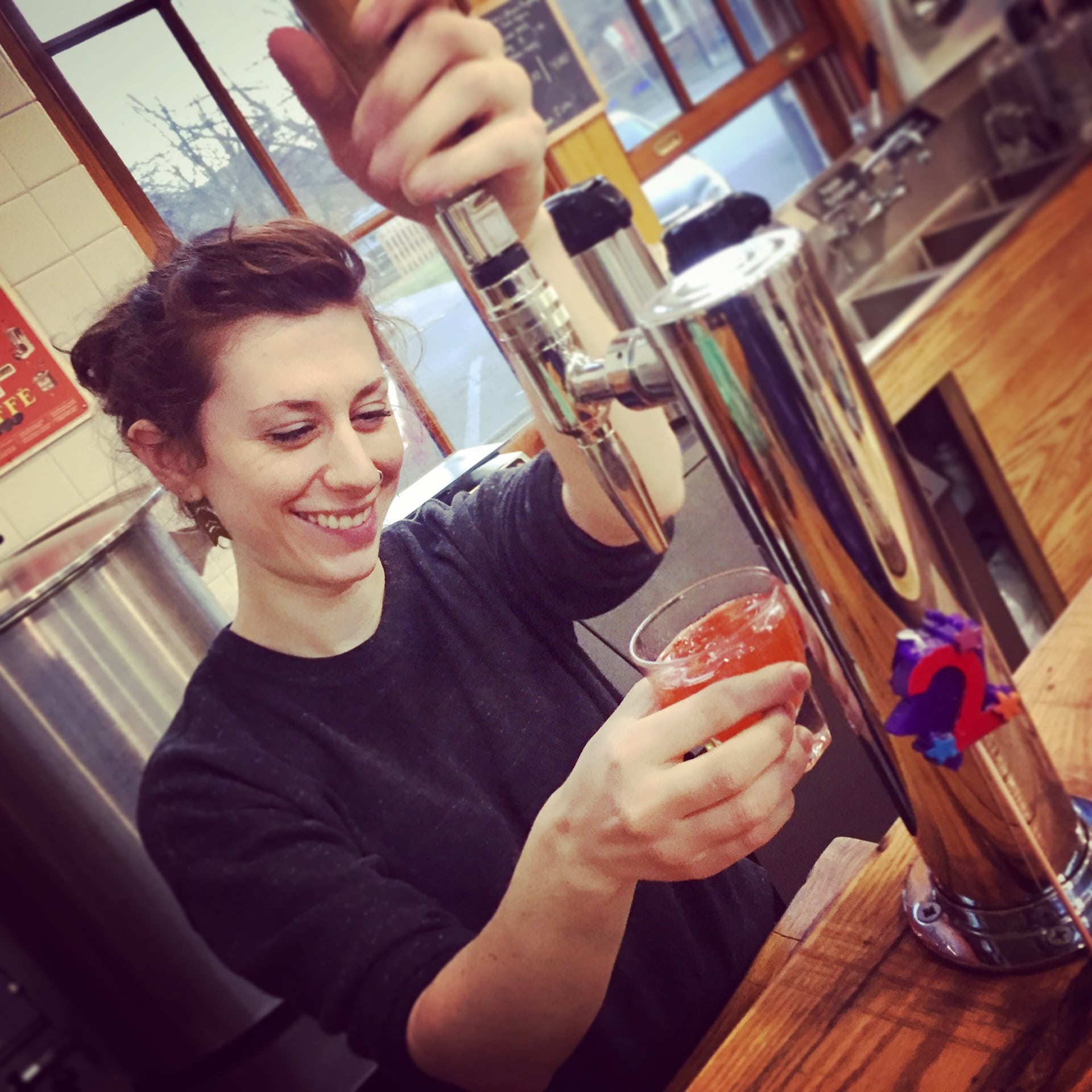 “Small business is kind of the only place you can exercise control over what happens in your space,” she continues. “I think there is power in keeping things small and being intentional. If you get too big you can’t do that. I think a lot of female-owned businesses are being really intentional, really trying to build a better space within their ideas.”

In keeping with her original vision about coffee as an avenue for human connection, Grove sees Elementary Coffee’s role as going way beyond bags of light roast beans or beautifully crafted lattes. This is illustrated in Elementary’s Common Grounds initiative, a specially roasted coffee blend that generates proceeds to build a mutual aid fund for neighbors or local businesses in need. Elementary’s locations also offers free coffee to anyone who isn’t in a position to pay for it. And, as it becomes safer for more gatherings to happen indoors, Grove says she also wants to create space for more community and small business connections.

“I want to offer space for people who are not cis-male to discuss business,” she says. “People who are cultured as female and perceived as female, we tend to navigate the world differently than cis-males do, and I really want to do small business meet-ups where we talk about and share more resources.” 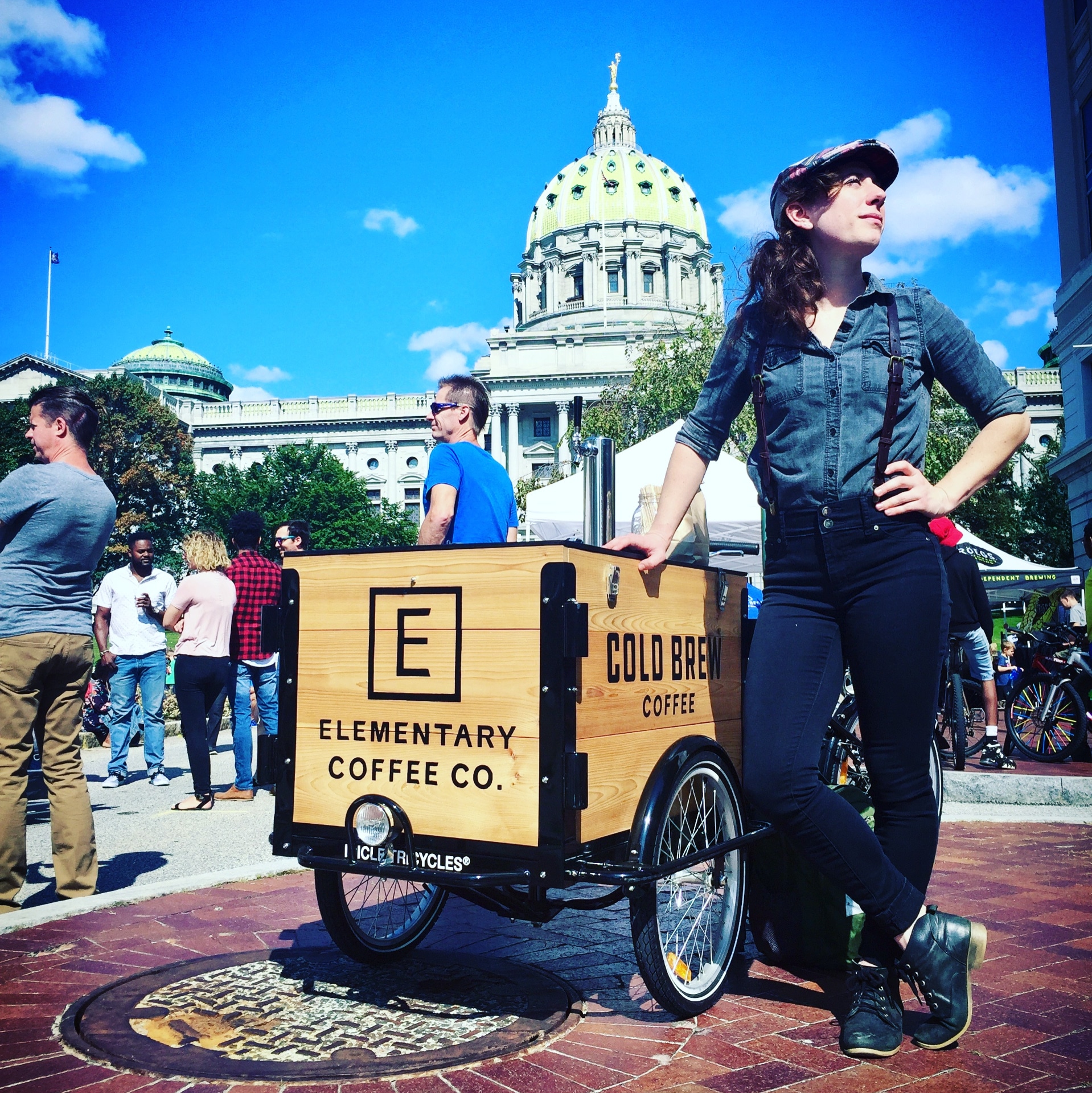 To learn more about Elementary Coffee  — or shop for its coffee and merch from home — check out its website, and give a follow on Instagram and Facebook. Both Elementary locations are open and the coffee is flowing (baked goods, too!), so stop by if you live in the area or are stopping through!