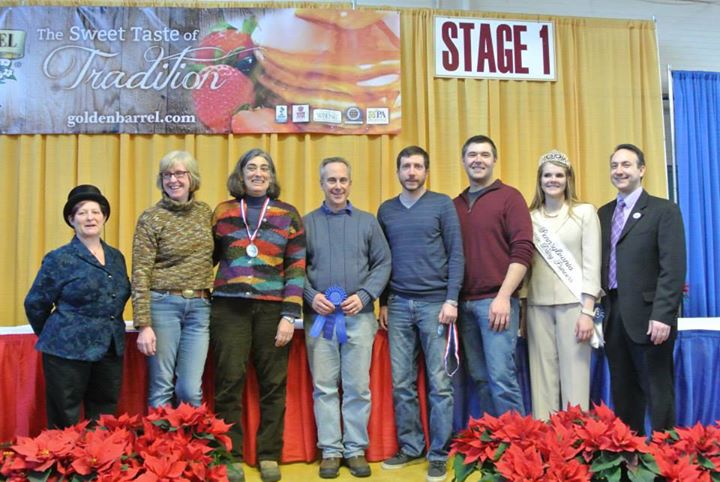 The PA Farm Show got off to a brilliant start, with several Chester County cheesemakers nabbing top honors in the first-ever Pennsylvania Farm Show cheese competition. The competition, one of our 11 reasons to visit the PA Farm Show this year, pit Pennsylvania licensed cheesemakers against one another in a showcase of their best hard and soft cheeses in four categories: cow’s, goat’s, sheep’s and all/mixed milk.

Coming out on top of the heap was The Farm at Doe Run, with cheesemakers Samuel Kennedy and Matthew Hettlinger (and dairymen and dairywoman Jeff Reburn, Dick Hostetter and Corinne Hostetter, who take care of and milk the farm’s Jersey cows) scoring an impressive set of victories for three of their cheeses, including Best of Show: 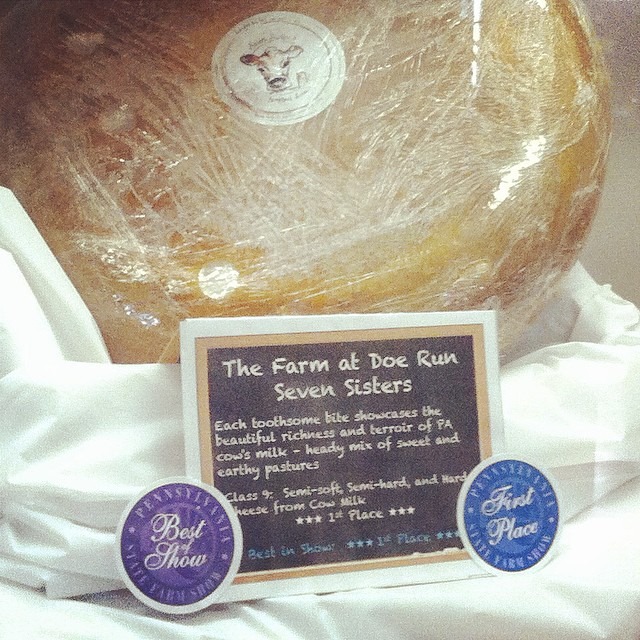 Congratulations to all of the winners. Way to make Chester County proud!