For many people, the first meal of the new year is a very important one. Whether the superstition is rooted in true belief, a family tradition or just for fun, the foods that are enjoyed on January 1st do hold a certain significance. Just like setting goals, intentions or resolutions for the year to come, the type of food you put in your body — to ward off that lingering hangover, or power you through daytime partying, perhaps — as the calendar resets seems to matter. 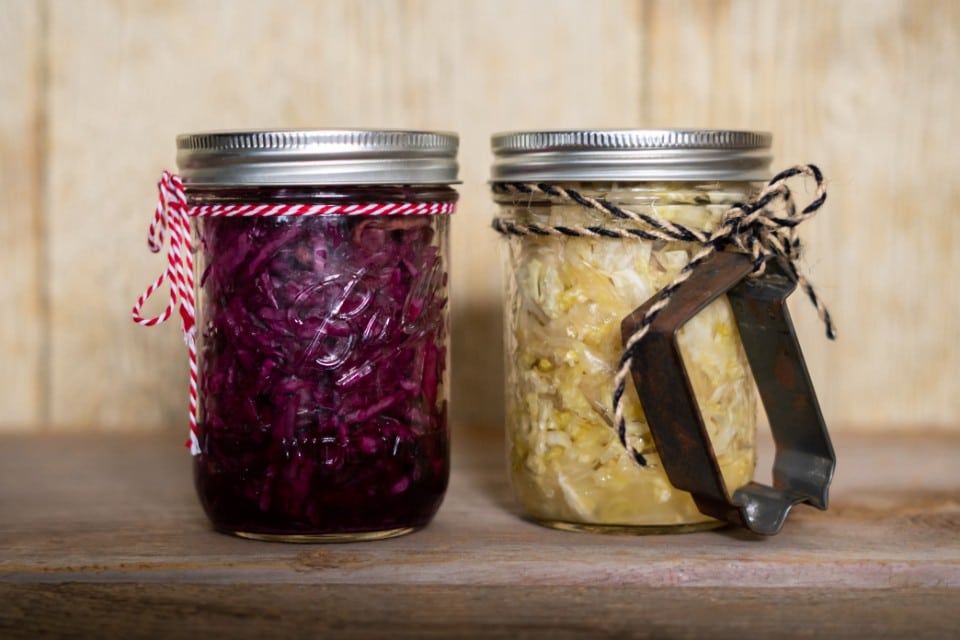 Cultures across the world have certain foods and dishes that are regarded as “lucky” if you eat them on New Year’s Day. You’ll find black-eyed peas and collard greens in the African-American foodways of the South, lentils and sausage in Italian and Italian-American households, and pickled herring in Scandinavian countries and parts of the American Midwest. Often, these foods are chosen because of their resemblance  to money, a culinary plea to the universe for a more abundant year to come.

In Pennsylvania’s food culture, the traditional New Year’s food is pork and sauerkraut. 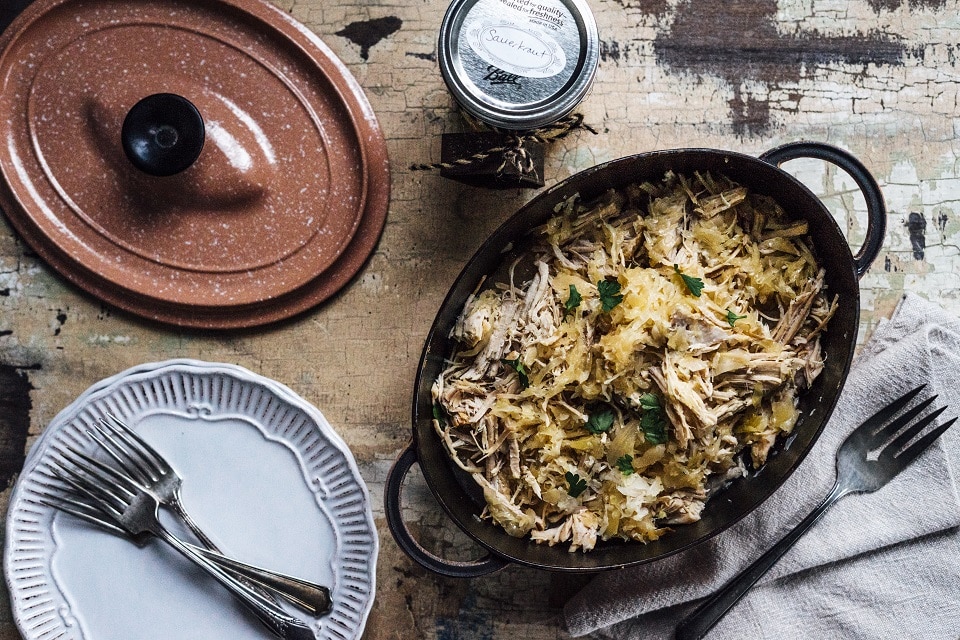 Though the pig can be a symbol of some unflattering qualities, like laziness and uncleanliness, in Pennsylvania Dutch culture, it is believed to be a sign of progress. Pigs root forward (unlike other barnyard animals that scratch backwards), and thus mean positive momentum into the new year.

In many European countries, the pig also represents the bounty of the harvest season, as pigs were traditionally slaughtered in the cold autumn and winter months, there were ample cuts of pork available throughout the winter holidays. The green cabbage leaves are thought to represent money and prosperity, and the long shreds of the kraut point to long life. There’s also the indisputable fact that kraut and pork just taste good together, rich and briny, salty and acidic — and it’s a hearty, stick-to-your-ribs meal that can help ease the frigid January temps.

Though this tradition was started by the Pennsylvania Dutch, who brought it over from Germany, it’s been adopted by folks all over PA, and other nearby states in the region, as well. We’ve also occasionally seen hot dogs added to the dish, and the origins of that tweak are unclear. 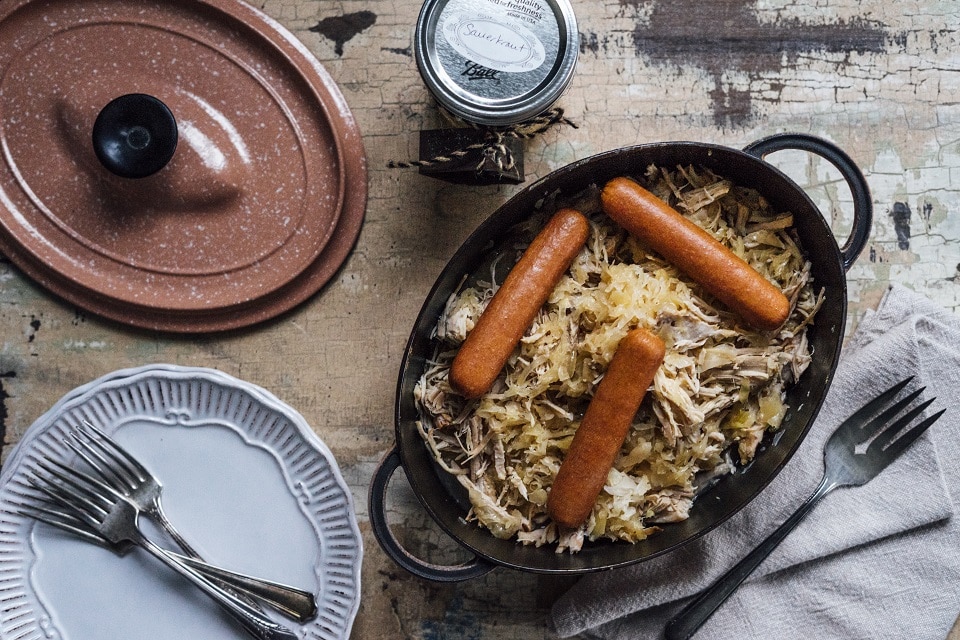 We have a few theories. It may be a more budget-friendly way to add pork to the dish; maybe it’s an Americanized version of kielbasa or other sausages of Eastern European origin; or it might simply be a kid-friendly twist on the classic. Either way, we love how, as generations pass, traditional dishes are reimagined and tweaked to suit the needs and tastes of different families and cultures.

If you want to try this out at home, give our sauerkraut technique a try. As it takes upwards of six weeks to fully ferment, it won’t be ready in time for New Year’s Day this year (next year, start your batch in late October), but it’s a great condiment to have in the fridge. Or, pick up a pre-made sauerkraut from a local brand like Shiloh Farms, from New Holland, PA, or Hatfield, from Hatfield, PA. If the traditional pork and kraut dish isn’t your speed, try this tasty sandwich, made with local apple-wine braised pork and tangy red cabbage.

Does your family serve pork and kraut on New Year’s Day? Do you have fond (or not) childhood memories of this tradition? Let us know!