Chester County is home to so much amazing food — and, even if you make an effort to go out and see what’s new and exciting in your city or town, there’s almost no way to try everything. That’s why we love the Chester County Restaurant Festival. This incredible annual tradition (now in its 39th year!), presented by West Chester Parks and Recreation, brings together the best of West Chester and beyond, ranging from fine dining restaurants to craveable street food from mobile trucks. 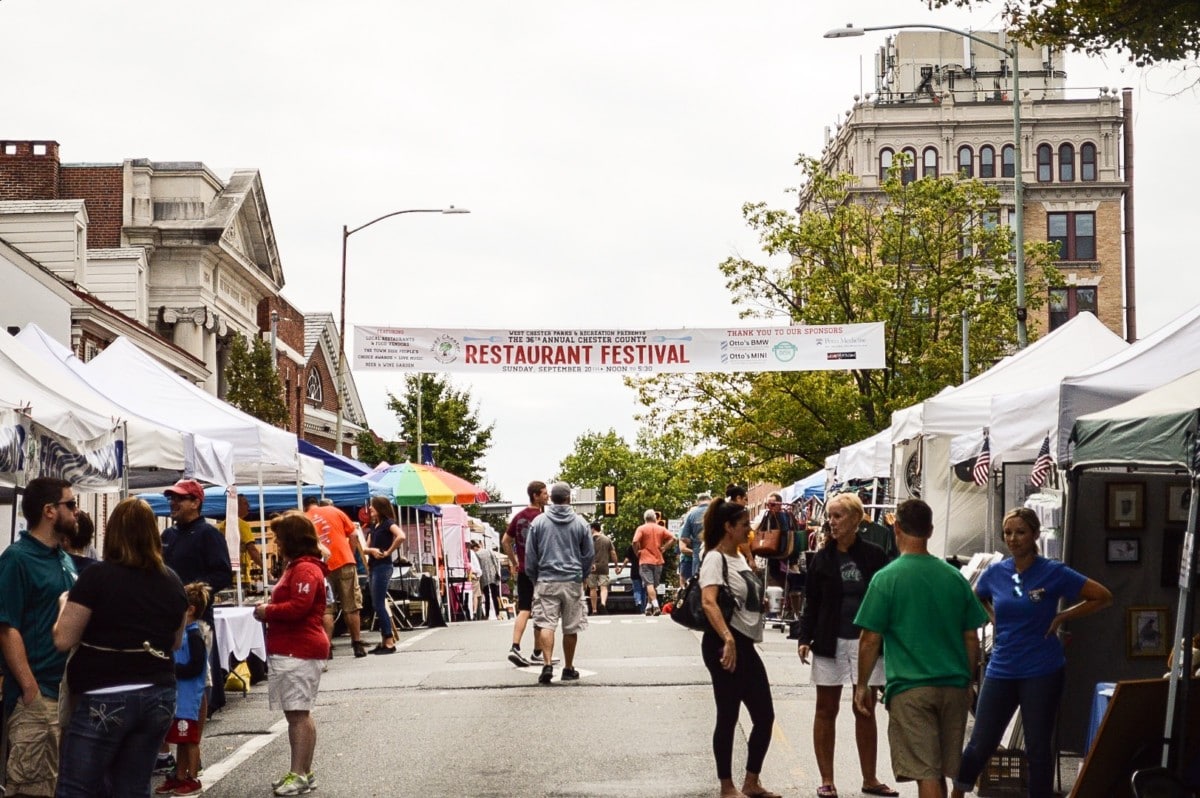 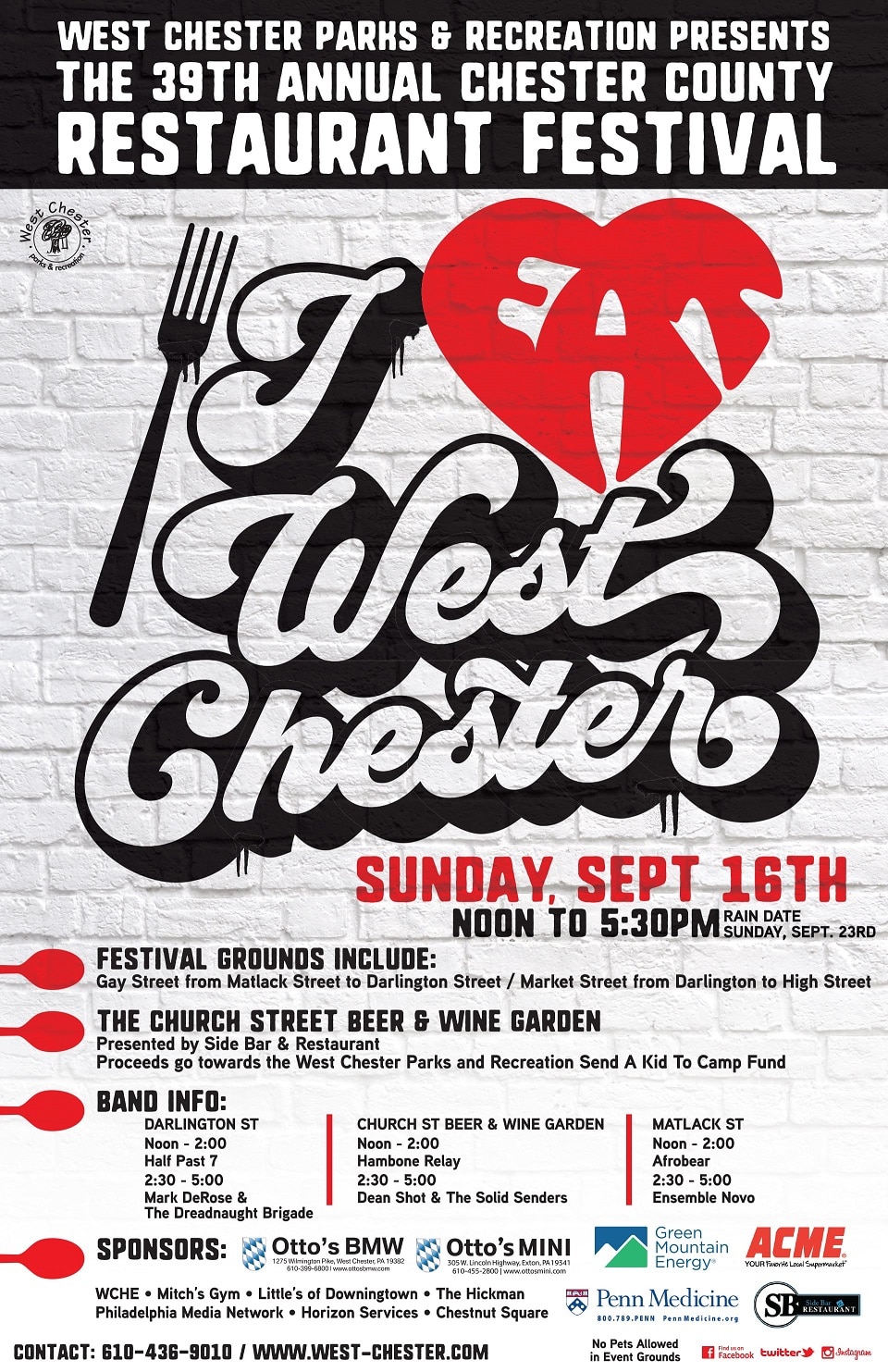 By attending the festival, you get access to more than 65 restaurants, caterers and food vendors, meaning all of those places you’ve been wanting to try will be right at your fingertips! Bring the whole family (there really will be something for everyone) to taste your way through your favorite foods, and maybe discover some new ones, as well! 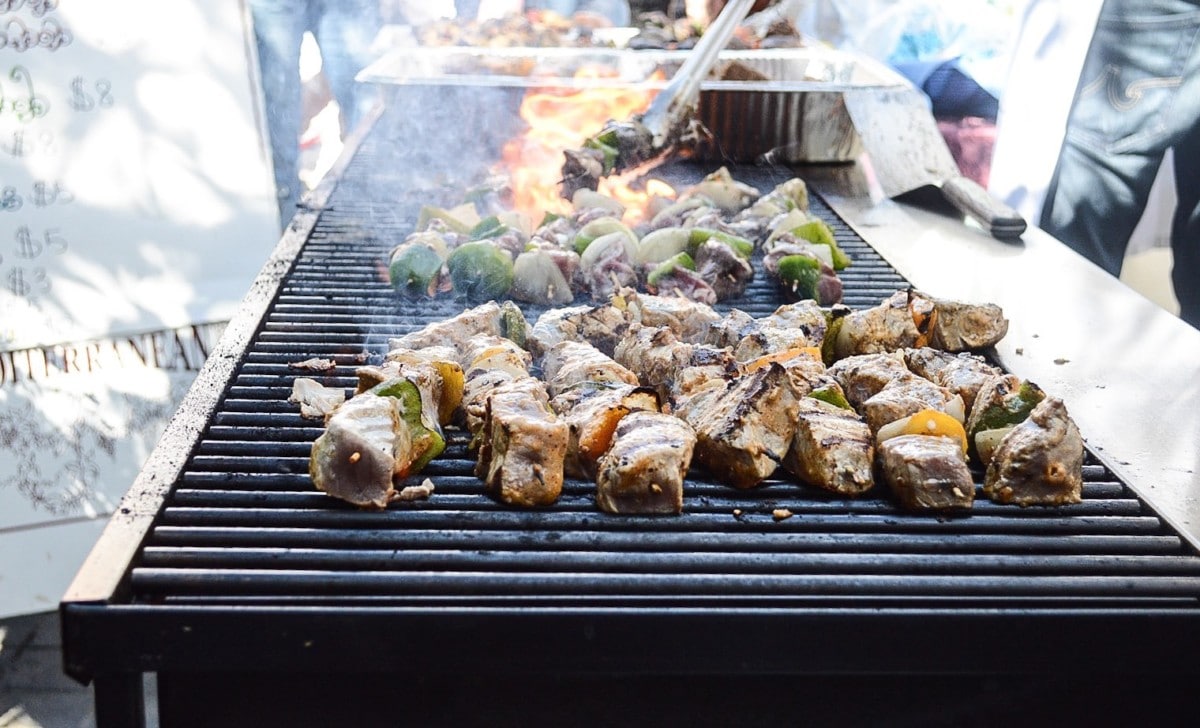 If you are a food truck or restaurant owner, consider being part of the festival! WC Parks & Rec is still looking for a few vendors to join the exciting lineup, especially those serving food that goes beyond the usual suspects (meaning food that goes beyond pizza and burgers). If you specialize in exotic or ethnic foods, consider that, in the festival atmosphere, most people are more likely to try something that they haven’t experienced before. 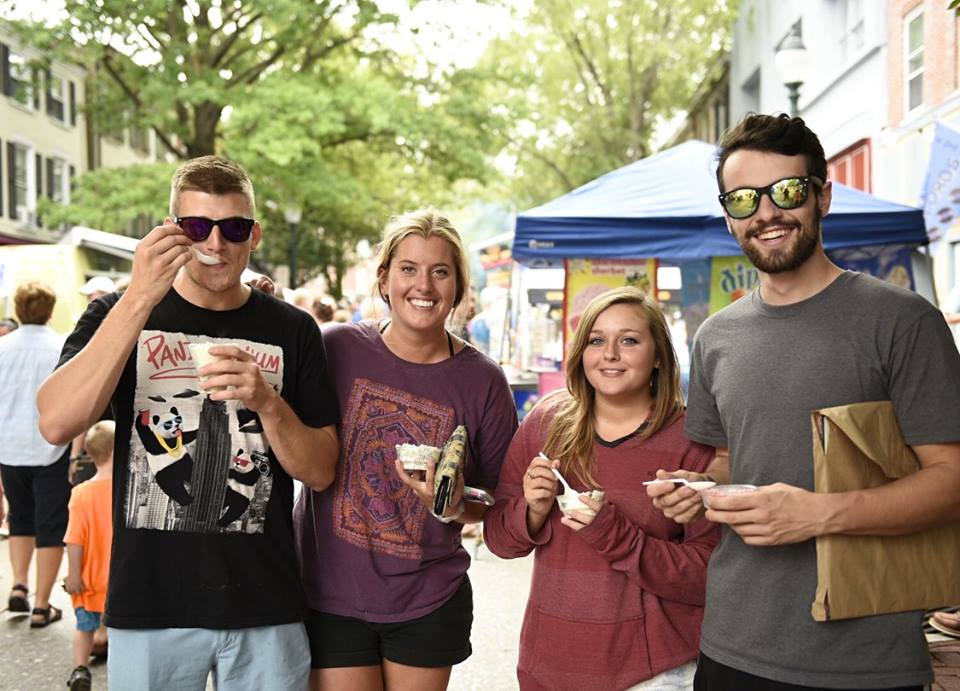 Vendors get exposure to over 25,000 people, many of whom are food lovers. In past years, many of the participating vendors have gotten future engagements and bookings from being part of the festival. Interested? Find the application forms here and here, or call the department at (610) 436-9010 for more info. 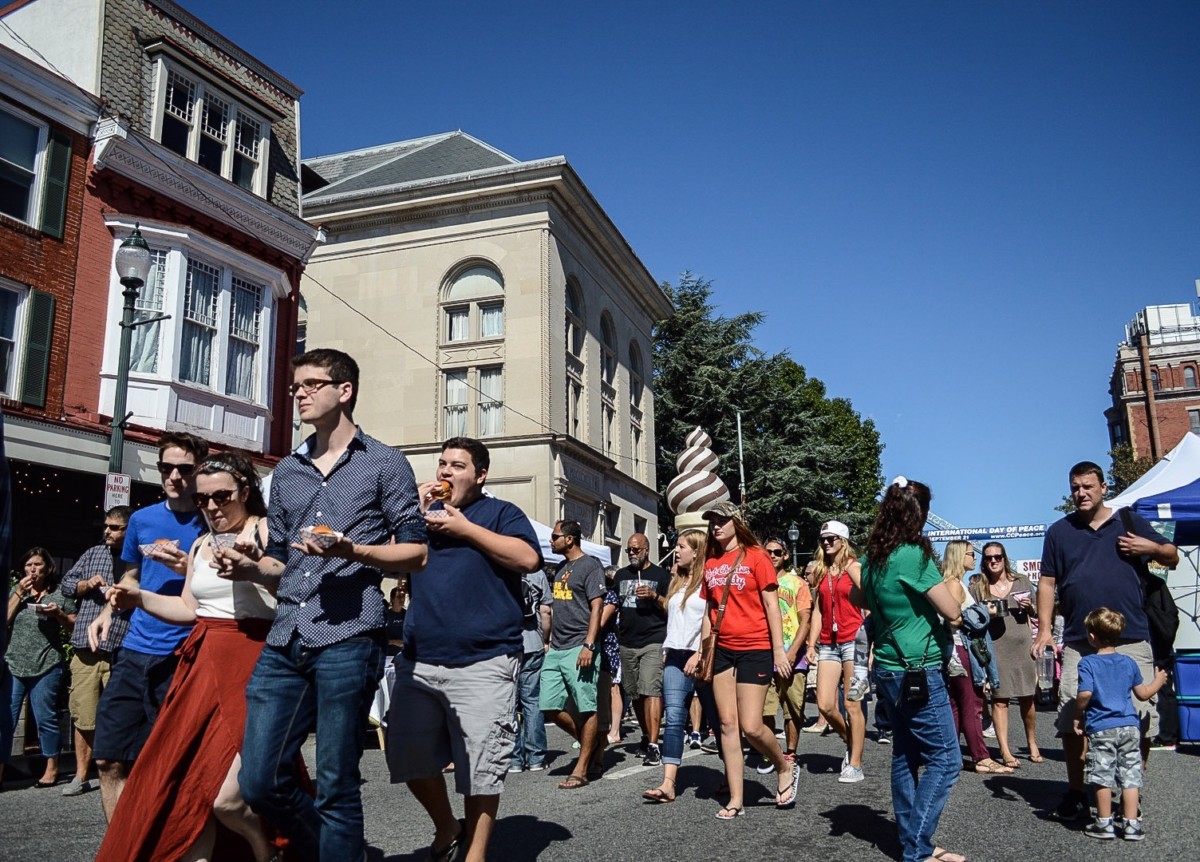 Fantastic fare isn’t the only thing on deck at the Chester County Restaurant Festival. Attendees will be able to peruse nearly 110 arts-and-crafts vendors and information booths, ranging from clean air to clean designs and everything in between. Plus, enjoy three stage areas for live music, including performances from:

If you’re in the mood for an adult beverage, enjoy Pa. craft beer, cider and wine at the Church Street Beer & Wine Garden hosted by Side Bar and Restaurant. Entry to the garden is just $3, with proceeds to benefit West Chester Parks and Recreation’s Send A Kid To Camp Fund. 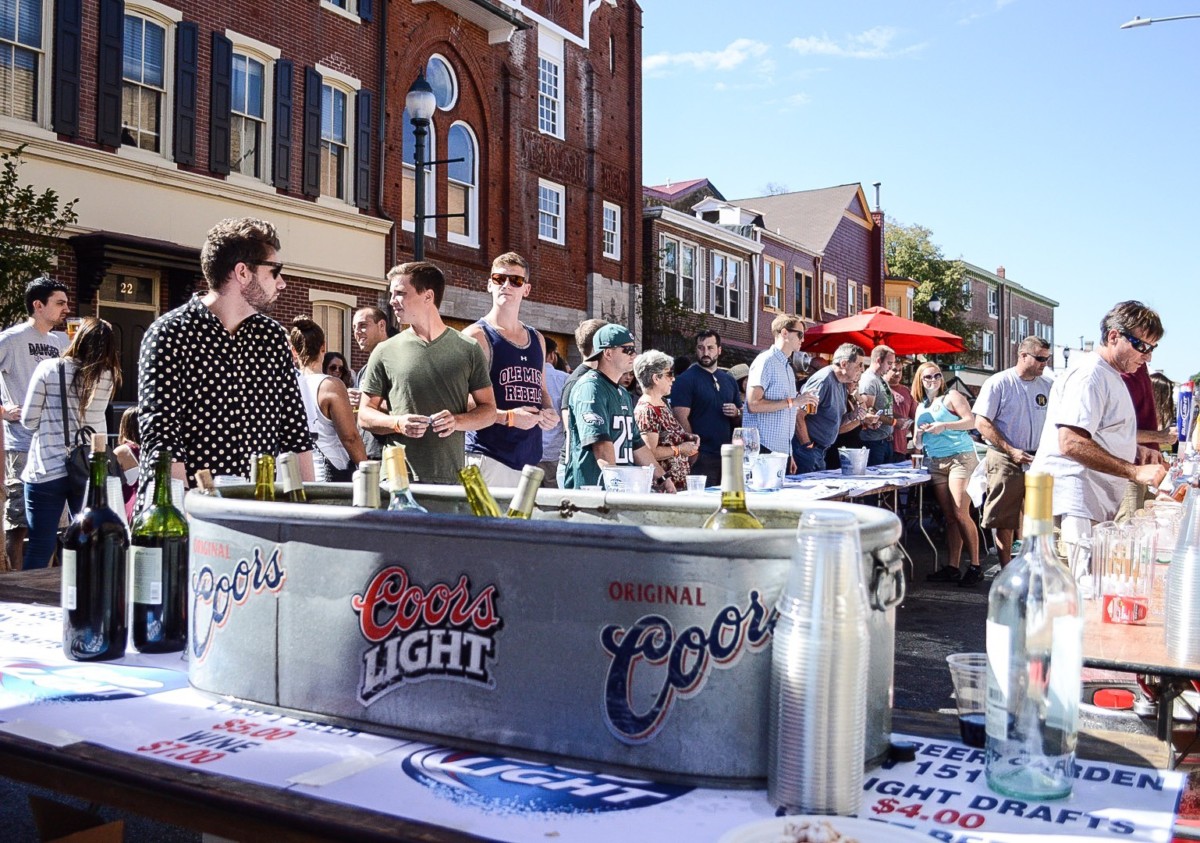 If you’re driving to the festival, don’t risk a ticket! Parking in all Borough of West Chester garages is just $5 for the whole day. Also, the following streets will be closed to through traffic from 7 a.m.–8 p.m.:

There is a strict no-pets policy: No animals will be allowed in the events ground, because of all of the food being served. Anyone accompanied by a pet will be asked to leave (service animals welcomed with permits provided).

Put September 16 on your calendar and get ready for a lovely Sunday of exploring all that the Chester County culinary scene has to offer!