Pull up a chair to the holiday table in many homes across Pennsylvania, and there’s a side dish you’re likely to see, as iconic as mashed potatoes and gravy: John Cope’s Dried Sweet Corn. It’s a homey dish, in the same comfort-food file as grits, polenta and creamed corn. But thanks to the unique processing of the corn, its flavor is distinctly, well, corn-y: intensely sweet and a little grassy, a reminder of summer’s warmth long after the first frost. 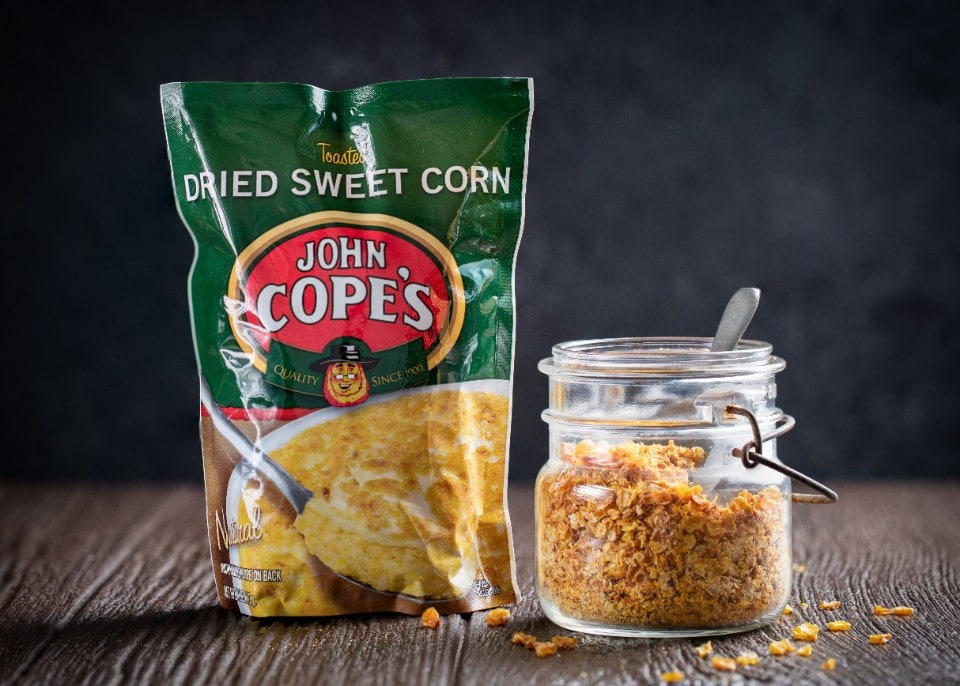 The company was founded by Martin Cope in Lancaster County in 1900. Martin used coal burning stoves to dry kernels of fresh corn — it is this simple fact that separates Cope’s Dried Corn from other corn products. Unlike freezing or canning corn, the process of drying it preserves its naturally high sugar content before it is able to transform into starches, thereby concentrating the flavor of corn, just picked at the height of the harvest season, in a powerful way. Removing the moisture from the vegetable also helps to preserve its nutrients, and the drying process adds a luscious golden color and addictive toasty flavor that’s more reminiscent of popcorn or cornbread than traditional creamed corn.

According to The Feed, the blog of the wonderful establishment, Zingerman’s, the modern process of Cope’s Dried Sweet Corn looks something like this:

From July to October, sweet corn is trucked from across the mid-Atlantic region to Cope’s factory in the town of Rheems, deep in Pennsylvania Dutch country. They use corn varieties like Silver Queen that are known for their exceptional sweetness. The kernels are cut from the cob and thousand-pound batches are roasted at a low temperature for about eight hours. During most of the cooking time, employees work 24 hours a day turning the corn with big yellow plastic shovels to help it cook evenly. All that work pays off. The slow, even cooking caramelizes the corn, accentuating its sweetness while giving it a nutty, rich flavor. Their last step is to crack the corn into smaller pieces which makes for quicker cooking at home.

The traditional method of preparing Cope’s Dried Sweet Corn is to soak it overnight, then simmer on the stove top with its soaking liquid, butter, salt, pepper and maybe a bit of diced onion. There is an alternate method which some call Pennsylvania Dutch Risotto, where the dried corn is cooked, much like risotto, over a low flame, with frequent additions of milk and lots of stirring. We’ve also seen Cope’s Dried Sweet Corn used in a number of other intriguing recipes, like baked corn pudding, dried sweet corn spoon bread, corn chowder, and as an addition to Stetson Salad. The PA Eats kitchen team wanted to contribute to the bank of recipes involving Cope’s Dried Sweet Corn, so we developed two recipes: super-seasonal Pennsylvania Autumn Granola and Dried Sweet Corn Muffins with Honey Butter. 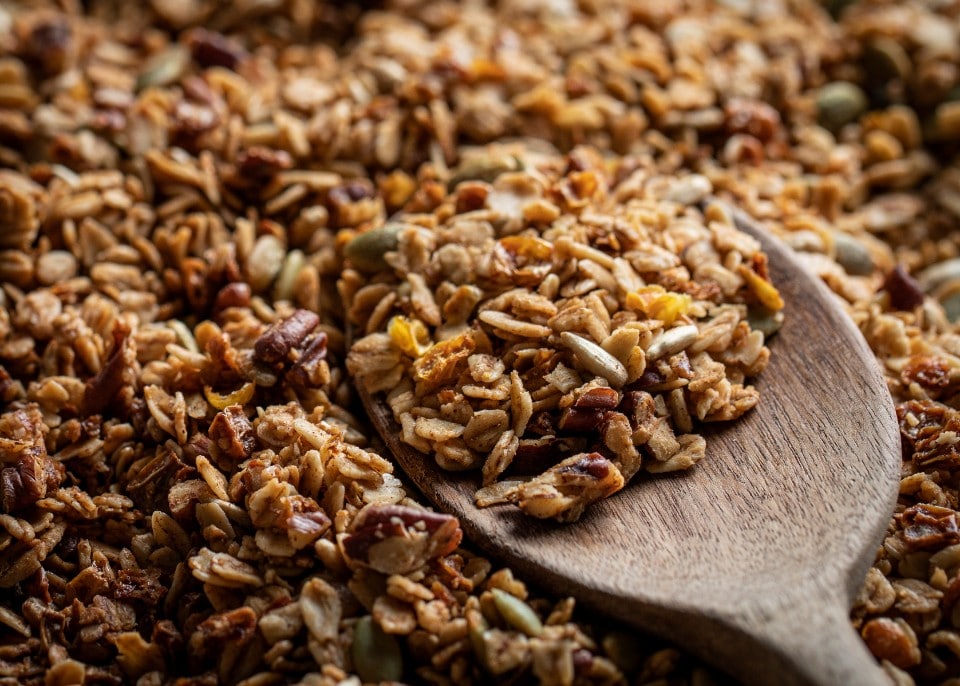 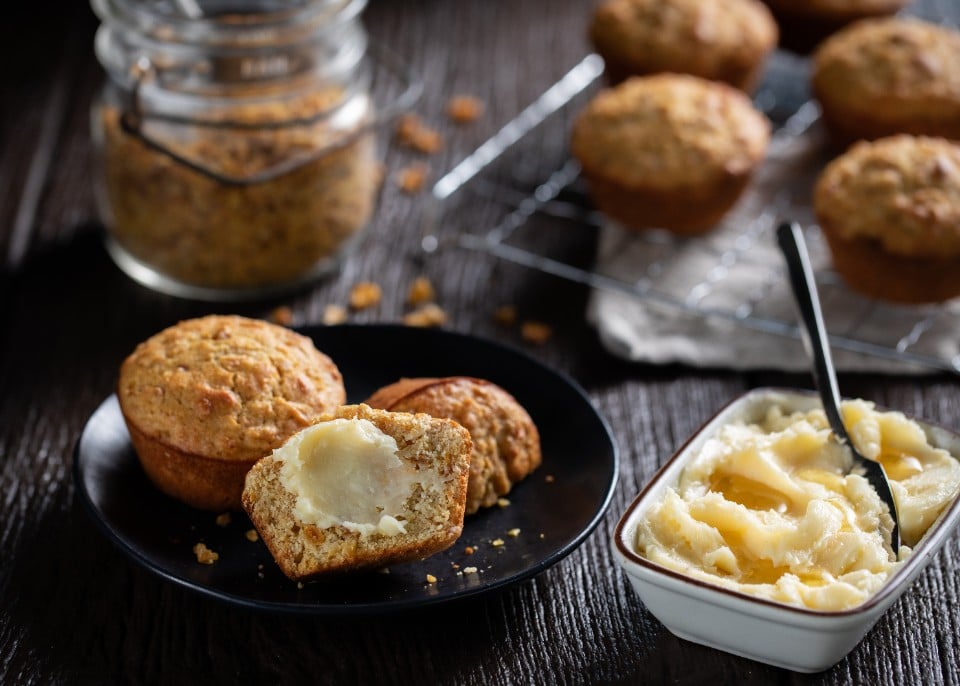 Cope’s is one of those homestyle PA foods that’s been adopted by foodies with a keen eye to flavor and a soft spot for nostalgia. Food writers in publications like Epicurious and The New York Times have sung the praises of dried sweet corn’s unmatched flavor and texture, and indeed, the product seems to have floated a bit towards the mainstream, as you can now purchase it via national retailers like Walmart and Amazon, as well as through more niche outlets, like the Pennsylvania General Store and Zingerman’s. It’s always great to see a PA food icon achieve national recognition, and we love to think about seeing John Cope’s Dried Sweet Corn on even more holiday tables in the years to come.

Does your family enjoy Cope’s Dried Sweet Corn? How do you like to prepare it? Let us know in the comments here or on the PA Eats Facebook page!