What would food be without condiments? The clear answer is: boring. Sauces, relish, and pickles give the pops of acid, salt and sweetness that most dishes long for to achieve their ultimate flavor potential. Look to pretty much every cuisine around the globe for proof, and you’ll see jars and bowls of sweet, sour and spicy condiments that help food truly sing.

One of the most iconic condiments in PA is chow chow (sometimes spelled chow-chow, with a hyphen), a pickle-y relish made of various chopped veggies. Like shoo fly pie, pickled eggs and pretzels, chow chow has gotten some mainstream traction beyond its Pennsylvania Dutch origins. 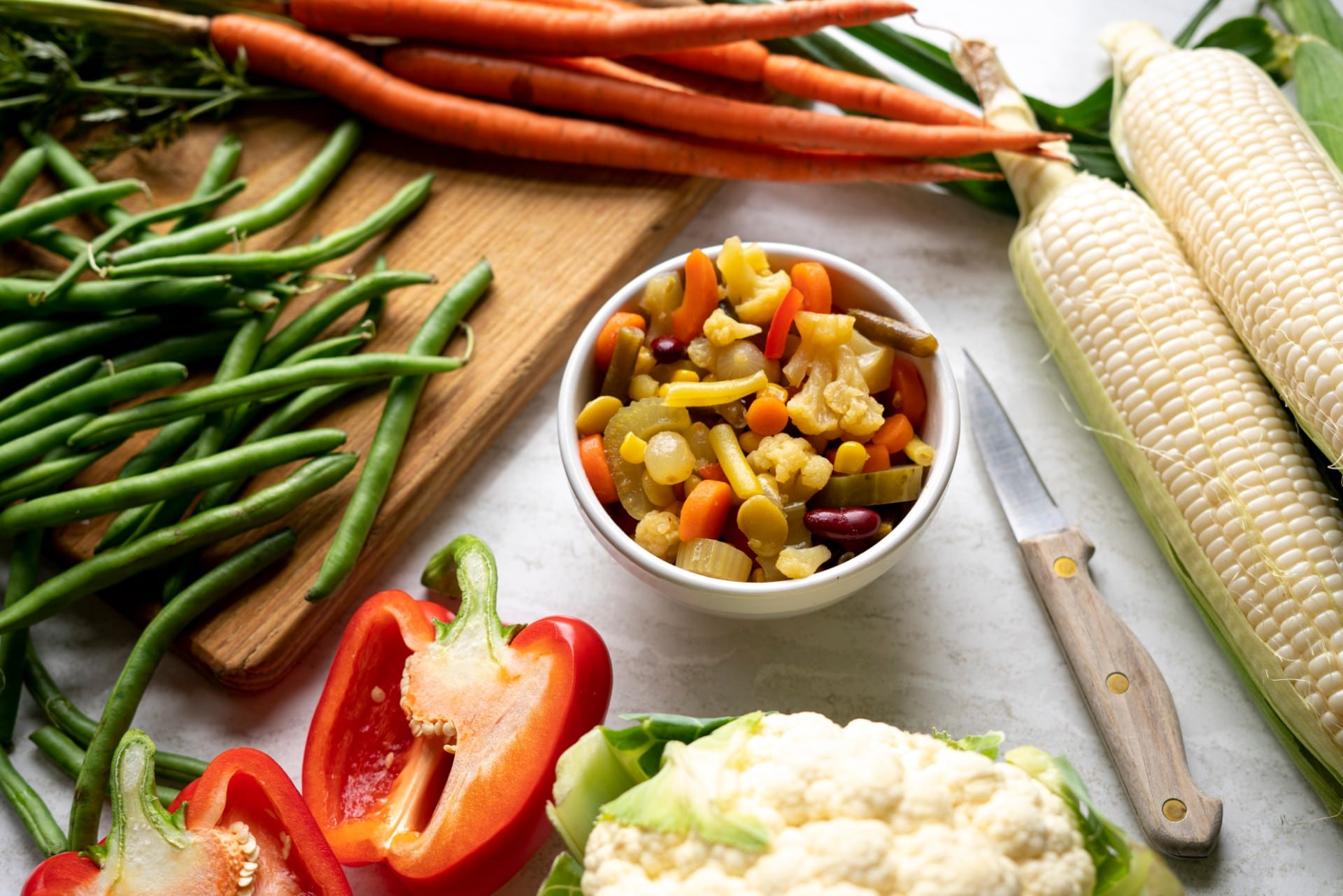 This tangy and sweet pickled relish is commonly made with produce odds and ends, salvaged from the late-season garden or farmers market. In keeping with PA Dutch values, where very little goes to waste, it’s a great way to preserve the seasonal bounty while keeping scraps from going into the garbage. You’d be hard-pressed to find one standard recipe for PA Dutch chow chow, because there are tons of variations depending on what vegetables are available. Many families have their own special recipe, often passed down through generations, and lots of Pennsylvanians have memories of their grandmother steaming up the kitchen while canning a huge batch of chow chow at the end of the season.

The concept of a pickled veggie relish is by no means unique to PA Dutch culture. Chow chow is a pretty ubiquitous condiment in Southern cuisine, and indeed, there is a distinction between “Northern” (Pennsylvanian) chow chow and its Southern counterpart. Northern chow chow is a melange of produce, often including cauliflower, beans, onions, both red and green tomato, carrots and so on, while the main ingredient in Southern chow chow is shredded cabbage, a vinegar-spiked cousin to coleslaw. Chow chow can be found in some other regions, including New Mexico, the Appalachian Mountains and the Maritime provinces of Canada. The origin of the word “chow chow” is unknown, though one prevalent theory is that it is derived from the French word for cabbage, chou.

In “The Complete Book of Pickles & Relishes” by Louis Levinson, a vintage cookbook published in 1965, there are a number of different recipes for chow chow. 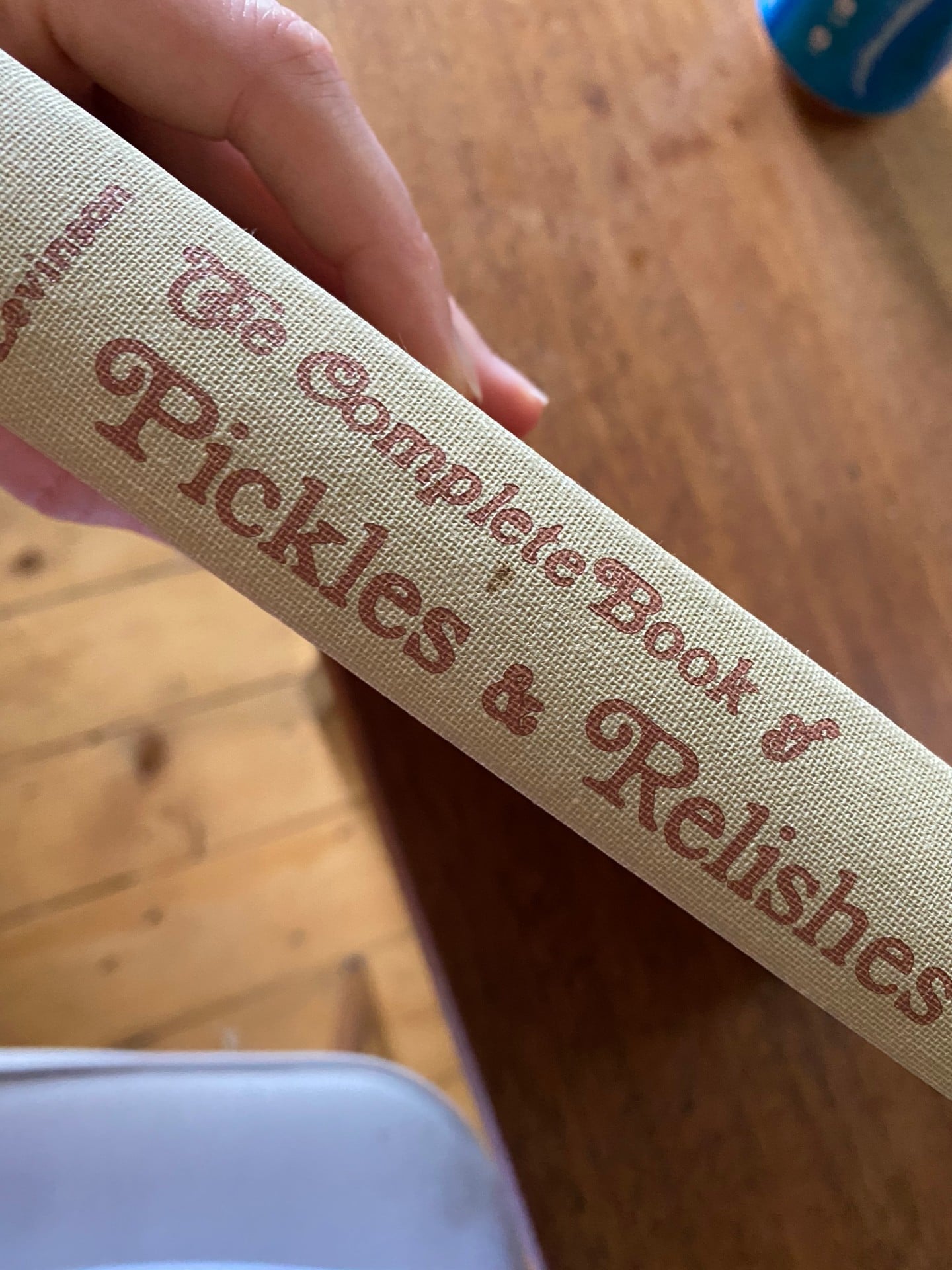 Chow chow is filed in this book under “mustard pickles,” though with the distinction that the ingredients in chow chow are cut into smaller pieces. Green tomato chow chow, sour chow chow and a specific Pennsylvania chow chow are all listed as variations on the theme. One of the distinctions of PA chow chow, which is reflected in Levinson’s recipe, is a large quantity of sugar in the pickling brine, resulting in a noticeably sweet pickle. 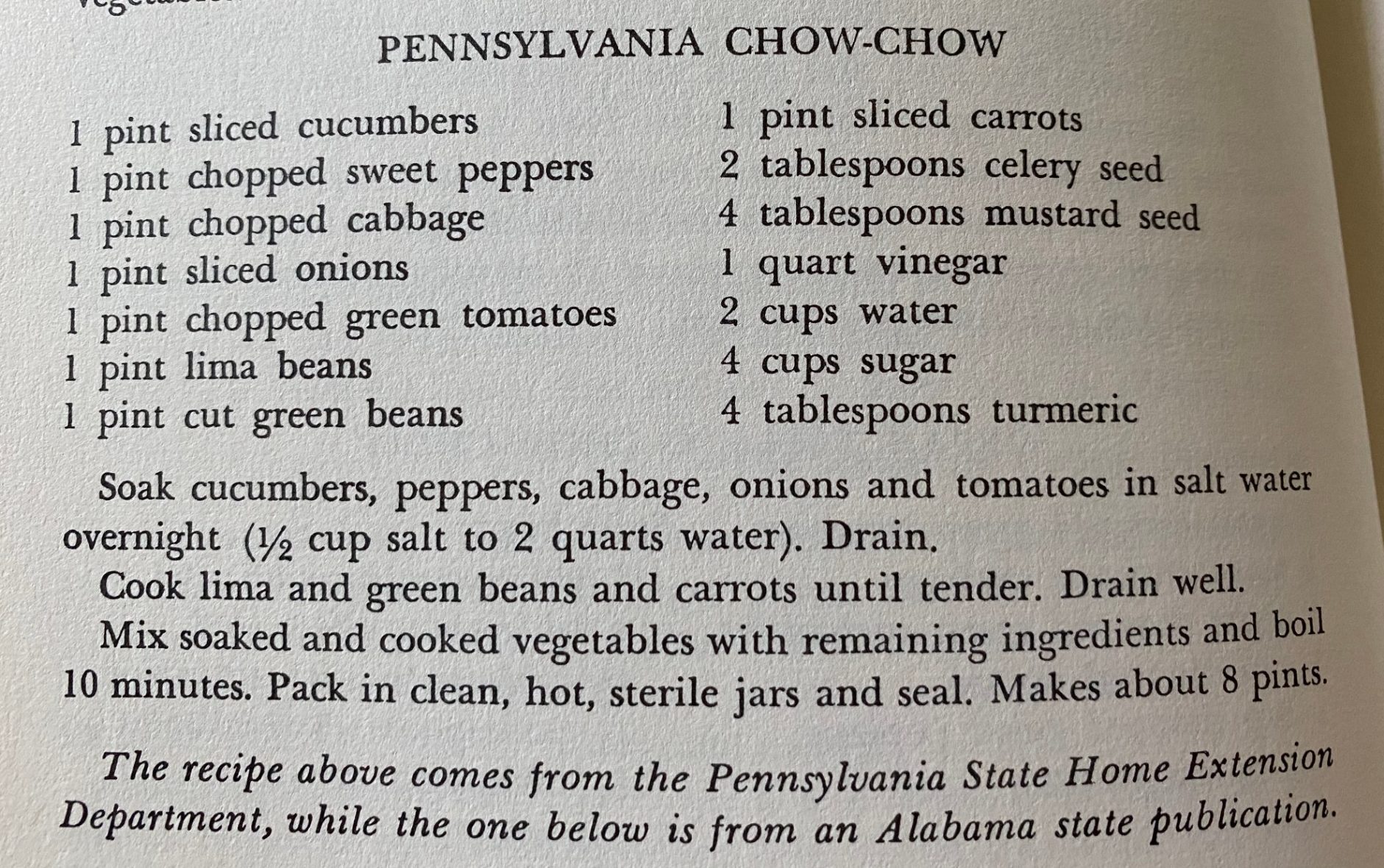 If you like a good, old-fashioned kitchen DIY project, making chow chow is a good one. If you just want to try this tasty pickle relish without committing to eight pints of it, there are some local brands that make traditional PA Dutch chow chow:

Does your family have its own chow chow recipe? What’s your favorite brand of jarred chow chow? We want to know! Chime in on the comments here or on the PA Eats Facebook page.